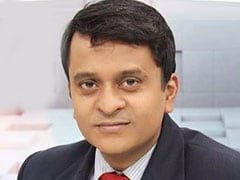 On a balmy afternoon, about six years ago, I sat across from a well-known corporate figure, who often appeared in TV studios on behalf of the Congress party. The man, who shall remain unnamed, had arranged a lunch meeting with a foreign CEO who was visiting India. Since the CEO was running late, we ordered our soup. Over an excellent lobster shorba - which I duly paid for to display my integrity - our conversation drifted to the future of the Congress party and Rahul Gandhi.

"The problem with Rahul is that he is not even a Leftist," said the man, who had earlier worked with the Gandhi scion's father. "The Left believes in progress, investment and industrial growth. Rahul doesn't, because he is post-modernist. What the Congress needs is fresh young talent, such as Jyotiraditya or Sachin Pilot."

I took his gentle rant with a pinch of salt (the shorba needed it), but in hindsight, I think the gentleman had correctly diagnosed Rahul's problem. Or to be precise, he had rightly articulated why India's liberals love to hate Rahul Gandhi. He has repeatedly shown signs of being a critic of mainstream liberalism and pure market capitalism.

Liberalism is usually understood as a system of ideas where individual liberty and the right to choose are considered to be absolute and inviolable. All liberal values arise from this fundamental idea - democracy, free speech, gender and racial equality, freedom to follow any religion, secularism and, to some extent, internationalism. Liberals believe that the government's area of influence must be limited so that it does not interfere too much in the individual citizen's domain of rights.

This is one - but not the only - reason why liberals generally support free trade, free private enterprise and free market-based capitalism. The liberal idea of an ideal state is based on the individual citizen as an autonomous power-centre, and it is the job of the government to simply protect the citizen's sovereignty. It follows from this that if the state can secure individual rights and free exchange, then merit and enterprise will reign supreme. Of course, this could lead to inequality of wealth, but as long as the state ensures wealth doesn't lead to an inequality of rights and power, everyone will have an equal shot at becoming rich.

The liberal opposition to the Modi Sarkar is essentially based on their perceived threat to free speech, liberty of thought and secularism. Along with that, many liberals criticise Modinomics as 'statist' or even 'socialist'. Similarly, when the Modi Government does something that seems to promote free-market capitalism, many liberals feel obliged to praise it. In fact, several liberal public intellectuals - some of whom are PM Modi's biggest critics - had made a case for him in 2014, praising his commitment to market reforms and saying that India's democratic institutions will force the PM to move towards the centre.

Rahul Gandhi had no such illusions, mostly because he doesn't appear to share the liberal view of power. Back in 2013, in an address to CII, Rahul argued that India's political system is not decided by its voters. He said that all the laws in India are made by about 5,000 MPs and MLAs and 200-300 top leaders across parties decide who these legislators will be. At a meeting packed with the captains of industry, Rahul spoke of poor manual labourers. He was trying to draw their attention to the fact that power doesn't flow from individuals, but through structures and operations of capital.

Rahul had already made corporates nervous way back in 2010 when the Environment Ministry scrapped Vedanta's mining project in Odisha's Niyamgiri. Rahul addressed adivasis on that occasion. "There are two Indias," he had said there. "Ameeron ka Hindustan (the India of the rich) whose voices reach everywhere, and the Garibon ka Hindustan (India of the poor) whose voices are seldom heard." Whatever the real story was behind the decision to reject the project, Rahul claimed that he was a sipahi (soldier) of adivasis and Vedanta's loss was their victory.

Even after the Congress party's ignominious rout in 2014, Rahul continued the anti-capitalist theme, targeting the Modi government as a 'Suit-boot ki Sarkaar'. Repeated electoral setbacks and the Congress party's funds famine has made him tailor this anti-corporate message to saying that the Modi government takes from the poor and gives to a few 'crony capitalists'. Even during the lockdown, Rahul argued for immediate government intervention in the economy by 'injecting cash' to sustain demand. Otherwise, he warned, "crony capitalists will own the entire country."

There is a logical jump here from saying that the state must support the poor at a time of economic crisis to saying that if this doesn't happen, crony capitalists will gain. The missing link between the two arguments is a vision of capitalism that is very different from how liberals perceive it. It suggests that the market system doesn't take care of the poor and the labouring classes. And if it is left on its own, it gives rise to monopolies who acquire political power, which enables 'crony capitalism'.

It is obvious that no self-respecting liberal can identify with this set of interrelated ideas about power and money. What makes it worse, is that Rahul has never articulated his views in a consistent, organised fashion. They appear as inchoate, disparate enunciations, often elaborated through examples and aphorisms. This works well when you are already in power because it lends itself to various interpretations that keep everyone happy. It has the exact opposite effect when you are a challenger. Even well-wishers become suspicious about your beliefs.

This ambivalence towards key issues that liberals hold dear - free market, capitalism, entrepreneurship and the adequacy of liberal political institutions - makes liberals suspicious of Rahul Gandhi. They also feel unable to support him when he harps on a 'rich vs poor' rhetoric. This is also the biggest reason why a dominant section of India's media never misses a chance to attack him. Rahul's obstinate commitment to 'non-liberal' politics seems even more irrational given the Congress party's repeated electoral losses.

I have argued in the past that India's liberals oppose Modi not only because of their political and ideological beliefs, but also because he has barred them from Lutyen's Delhi. India's liberals are itching to get back into power but Rahul's politics makes them worried that he too, like PM Modi, will keep them out. That is the key reason why our liberals want a non-Gandhi leading the Congress - a Scindia, Pilot or Deora - who will not only win elections, but win it on their terms.