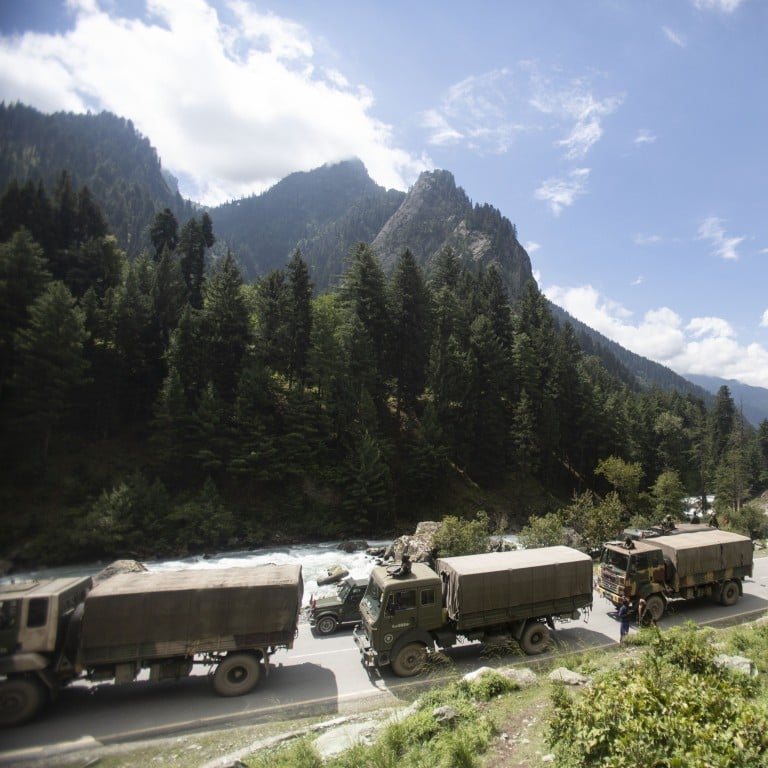 Why you can trust SCMP
Advertisement
China has doubled down on allegations that the Indian Army made “flagrant provocations” and illegally trespassed at
their disputed Himalayan border
in Ladakh on Monday, as tensions again flare between the two neighbours.

Details remain sketchy after the two sides accused each other of trying to alter the status quo on their unmarked border in what appears to be two separate incidents, on Saturday night and Monday.

No clashes have been reported so far, and local military commanders were expected to continue their emergency meetings at the Chushul sector on Tuesday. However, Indian media reports said one Indian soldier had died and another was injured when a landmine went off during a reconnaissance mission in the region, though the Indian Army has yet to confirm this.

Analysts say the latest escalation in the long-running border dispute – which saw the deadliest clash between the two sides in half a century in June – may fuel distrust and hostility between the countries.

Chinese foreign ministry spokeswoman Hua Chunying on Tuesday said Indian troops had violated the previous consensus and crossed the de facto border, known as the Line of Actual Control, at the southern bank of the Pangong Lake and near the Reqin Pass on Monday.

SCMP GLOBAL IMPACT NEWSLETTER
Uncover the most important stories from China that affect the world
By registering, you agree to our T&C and Privacy Policy 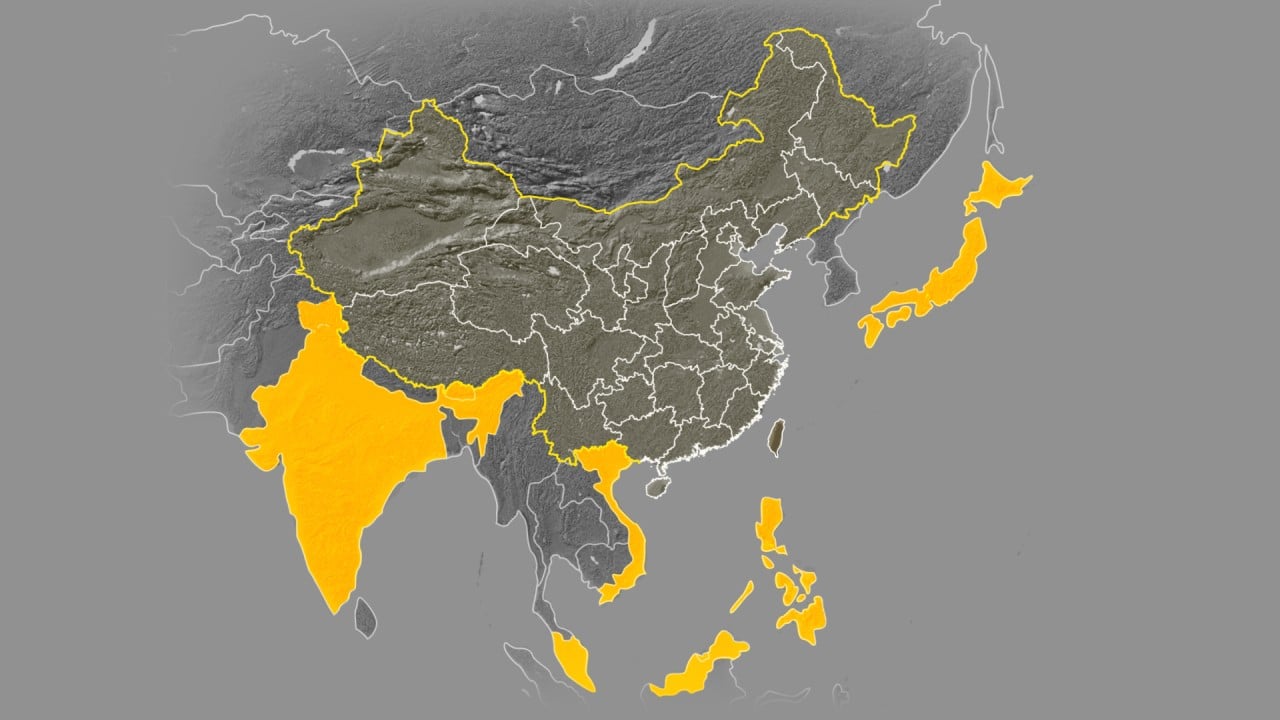 The remarks echoed statements by the People’s Liberation Army Western Theatre Command on Monday and the Chinese embassy in India on Tuesday. Hua also urged New Delhi to “strictly control and restrain” soldiers and “immediately withdraw its troops” to de-escalate the situation.

“China has always maintained that border disputes should be solved through peaceful and friendly negotiations,” she said.

China high on agenda when US, India hold ‘2 plus 2’ dialogue in October

Beijing denies ‘provocation’ after flare-up at border in Ladakh

The PLA Western Theatre Command did not directly respond to or deny India’s allegation, instead accusing Indian troops of crossing the LAC on Monday in a provocative move to create tensions. 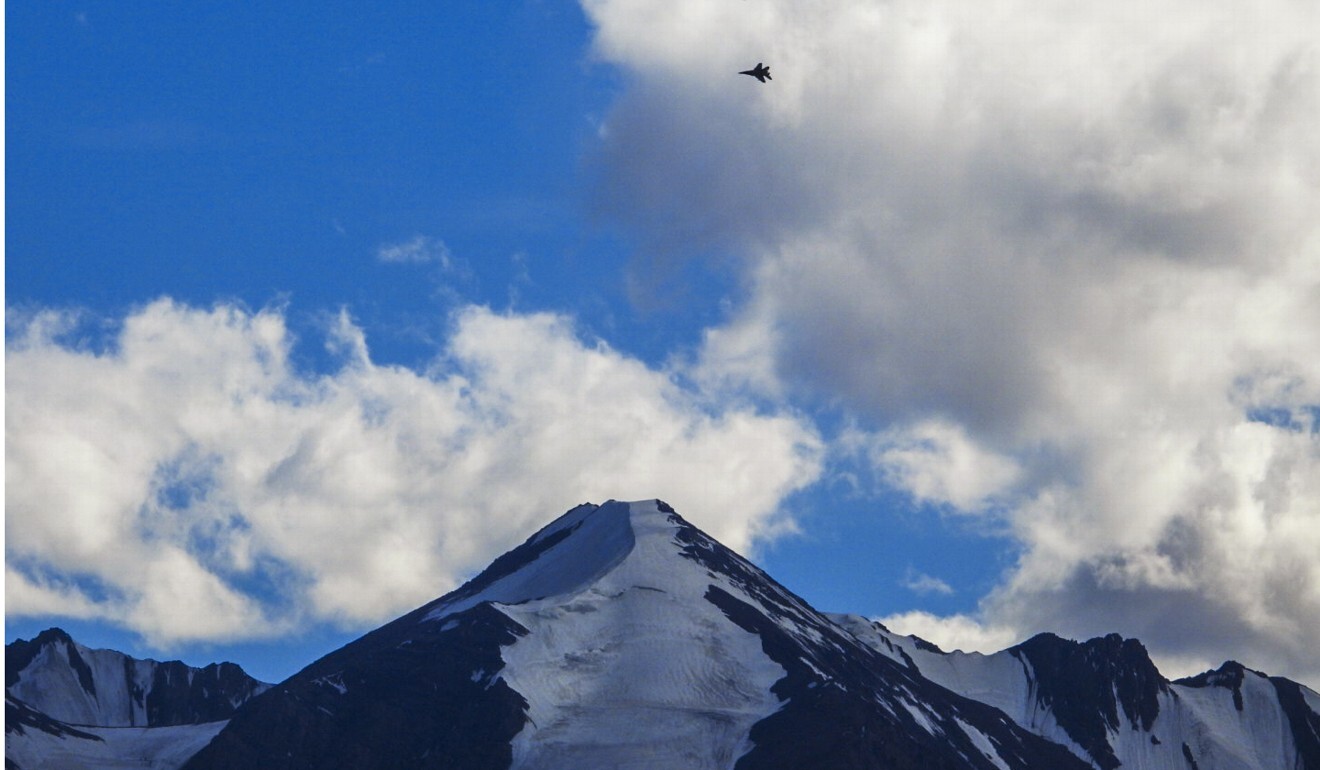 An Indian fighter jet flies over a mountain range in Leh, the joint capital of the union territory of Ladakh, on Monday. Photo: AFP

Government sources in New Delhi said Indian forces had noticed Chinese military reinforcements along the LAC, near the southern bank of Pangong Lake. Calling this “suspicious”, one source said that India did not want to take chances any more. “So, our troops moved in rapidly in order to occupy heights and features which would make it easier for us to defend our territory. This is a purely defensive tactic,” the source said.

In its response, the Indian Army deployed the Special Frontier Force, a paramilitary unit comprising personnel from the Tibetan refugee committee, Gurkhas as well as native Indian soldiers. The unit was set up as a result of the bloody 1962 border war and Tibetans were employed mainly due to their knowledge of the terrain and for their experience at high altitude.

The China-India border dispute: its origins and impact

According to Shashi Asthana, a retired Indian major general and chief instructor at the United Service Institution of India think tank in New Delhi, the PLA’s activity on Saturday night and early Sunday morning was swiftly picked up by the Indian military, which moved its troops to dominating locations. “There was no violent confrontation of troops,” he said.

Citing sources, Indian media reports also confirmed that Chinese troops – estimated at between dozens to 500 – were involved in the Saturday night incident and did not cross the LAC along the ridges of the glacier lake’s south bank.

Tuesday saw a flurry of activity in New Delhi as top officials in the security establishment reviewed the situation along the LAC in Ladakh. Indian Defence Minister Rajnath Singh, External Affairs Minister Subrahmanyam Jaishankar and national security adviser Ajit Doval held meetings and briefings with senior military officials on the issue. While there was no official confirmation, Indian media reported that Prime Minister Narendra Modi was “continuously meeting with persons concerned”, and that India was “prepared for any eventuality”.

Last week, India’s Chief of Defence Staff General Bipin Rawat had said the Indian military was “prepared for military actions” against China if the talks did not succeed in restoring the status quo on the ground.

Thousands of soldiers from both countries have been locked in a stand-off along various parts of the LAC since early May, when soldiers had a violent skirmish. This was followed by a deadly clash between the two sides on June 15 in Ladakh’s Galwan Valley region, leading to the deaths of at least 20 Indian soldiers and an unspecified number of Chinese troops.

Both sides have significantly reinforced their troops along the 3,500km (2,175-mile) contested border and sent some of their most advanced weapons and fighter jets to the frontier areas. India revealed in late July it was positioning an additional 35,000 troops along the border.

The Indian Army is now in the process of moving in additional troops as well as artillery reinforcement, according to a military source. “The PLA has started a similar process to bring in reinforcements,” the source added.

Chinese state media has also weighed in on the dispute. Nationalist tabloid Global Times claimed in an editorial on Tuesday that India could incur bigger losses than it did in the 1962 border war if it chose to provoke China. “If India would like a military showdown, the PLA is bound to make the Indian army suffer much more severe losses than it did in 1962,” it said.

The two sides have met on a weekly basis since the June 15 clash, according to Chinese ambassador to India Sun Weidong, but so far they have failed to break the deadlock.

“China continues to talk of peace, but its actions speak otherwise, further refuelling Indian anger against China,” Asthana said. “There is a growing national resolve against the PLA and Chinese leadership” fuelled particularly by the death of the 20 Indian soldiers, he said.

He noted that the latest border incidents came as Chinese President Xi Jinping called for more efforts to ensure stability in Tibet and strengthen security in the frontier areas during a top-level meeting on the restive region.

“The current action fits in this context, as an attempt of China to strengthen its tactical locations south of Pangong Lake by proactively encroaching dominating ground, disregarding the LAC and the status quo,” he said. 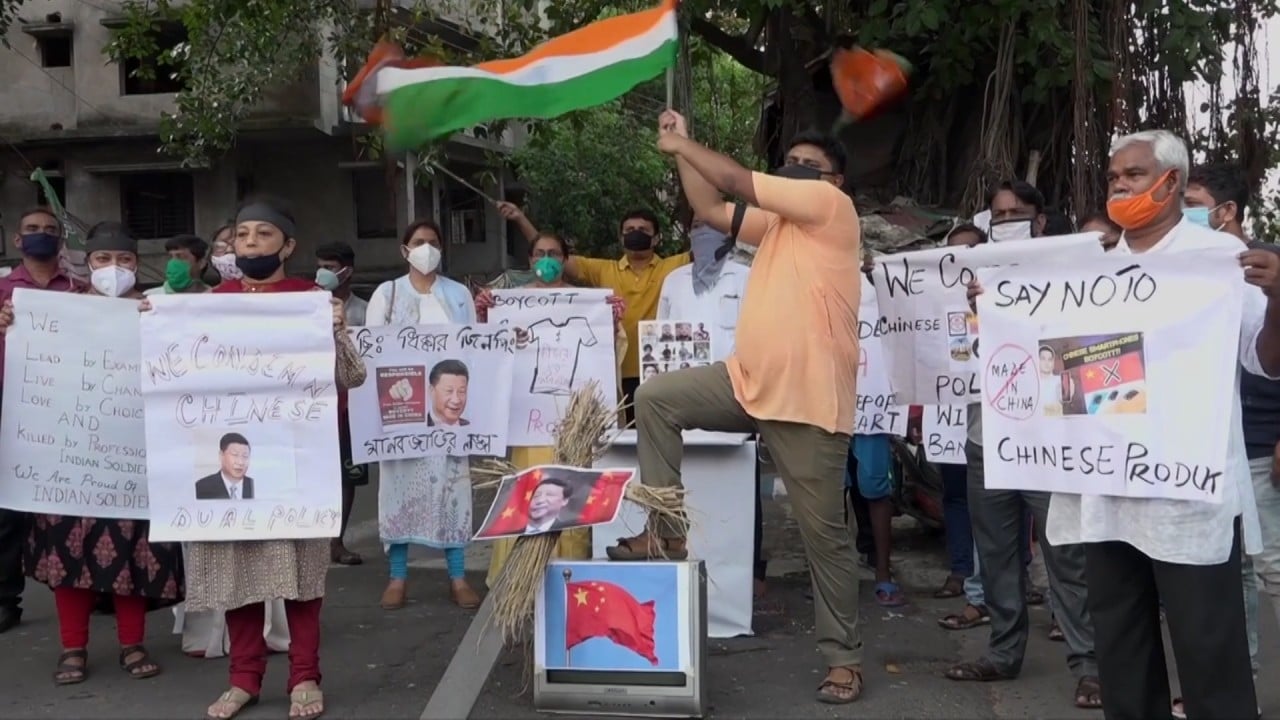 But Wang Dehua, an expert on India at the Shanghai Municipal Centre for International Studies, said Beijing’s policy on India remained unchanged following the conclusion of the two-day meeting on Tibet by the top Communist Party leadership on Saturday. He said maintaining peace and stability in Tibet’s border areas was near the top of the agenda.

“There is anger in India because it is widely believed here that Xi Jinping made a fool of Modi. The anger is as much at Modi who believed he had a ‘plus one’ relationship with Xi,” he said. “I don’t think India-China relations will ever get back to the heady Wuhan days,” he added, referring to a summit between Xi and Modi in 2018.

A former diplomat, Shi Jiangtao has worked as a China reporter at the Post for more than a decade. He's interested in political, social and environmental development in China.