Miles to go in innovation for India

The Global Innovation Index, brought out by the World Intellectual Property Organisation, in association with Cornell University and Insead, offers an opportunity to assess how a country compares with its peers. India can cheer that it has moved up four positions and is now placed 48th, within the top 50, out of 131. China, Hong Kong, Singapore, South Korea and Japan are ahead of India in Asia. No surprise. But so are Malaysia, Thailand and Vietnam. With the world’s largest cohort of young people of college-going age, who can be trained in science, engineering, technology, maths and the creative arts, India can and should be among world leaders in innovation. But how to reach there? 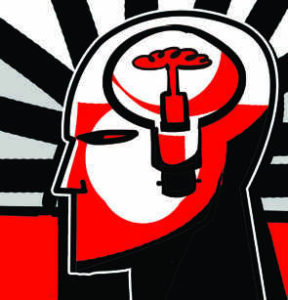 Switzerland is at the top of the index. It is not a leading country in venture capital spending. The US and China spend far more, per capita. That is the whole point: innovation is not a mechanical result of spending more. The way the index is constructed is as an average of innovation inputs and innovation outputs. Inputs are institutions, human capital and research, infrastructure, market sophistication, and business sophistication. Innovation outputs are: knowledge and technology outputs and creative outputs. Presumably many entrepreneurs in the US had access to the different technologies — basic telecom, touchscreen, LCD display panels, ability to develop applications — that Steve Jobs put together to launch the iPhone, but it took some entrepreneurial genius to do what he did. Without the technology, the fruit of sustained investment in R&D, the phone would not have been possible. Without an eye for design, aesthetics and consumer needs, the phone could not have been designed as it came out. Without the business acumen to create an App Store that Apple controlled completely, the phone could not have become a steady stream of income beyond the sale proceeds of the phone.

Beyond R&D, the ability to think big and think bold, venture capital that backs entrepreneurial vision and a regulatory and operating ecosystem that lets people focus on business are imperative for innovation.

This piece appeared as an editorial opinion in the print edition of The Economic Times.