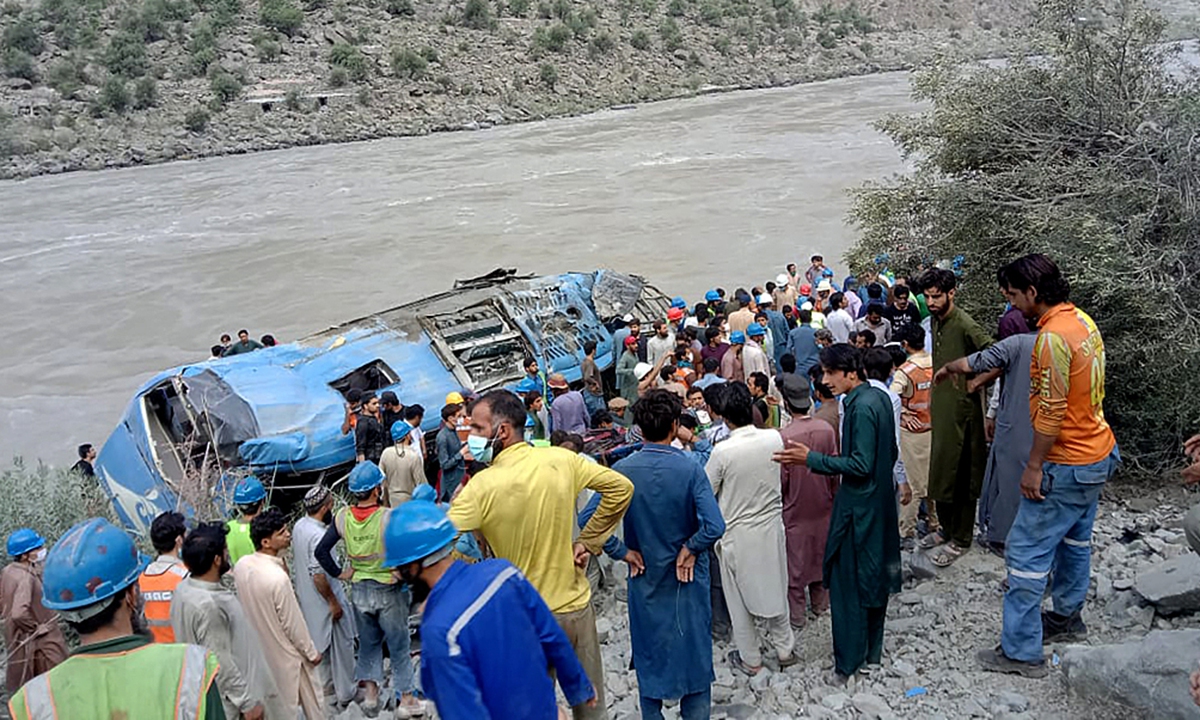 A total of nine Chinese nationals and three Pakistani nationals were killed in a blast  in Pakistan on Wednesday, the Chinese embassy has confirmed. The victims encountered the blast on a vehicle heading to the China-invested Dasu hydropower project on Wednesday morning. The Pakistani side is investigating the matter.

The Chinese Embassy in Pakistan has asked Pakistan to make an all-out rescue effort and treat the injured at all costs, strengthen security for Chinese institutions, projects and personnel, and find out the truth of the incident as soon as possible. The Pakistani military has organized rescue efforts right away, sending helicopters to transport the wounded. 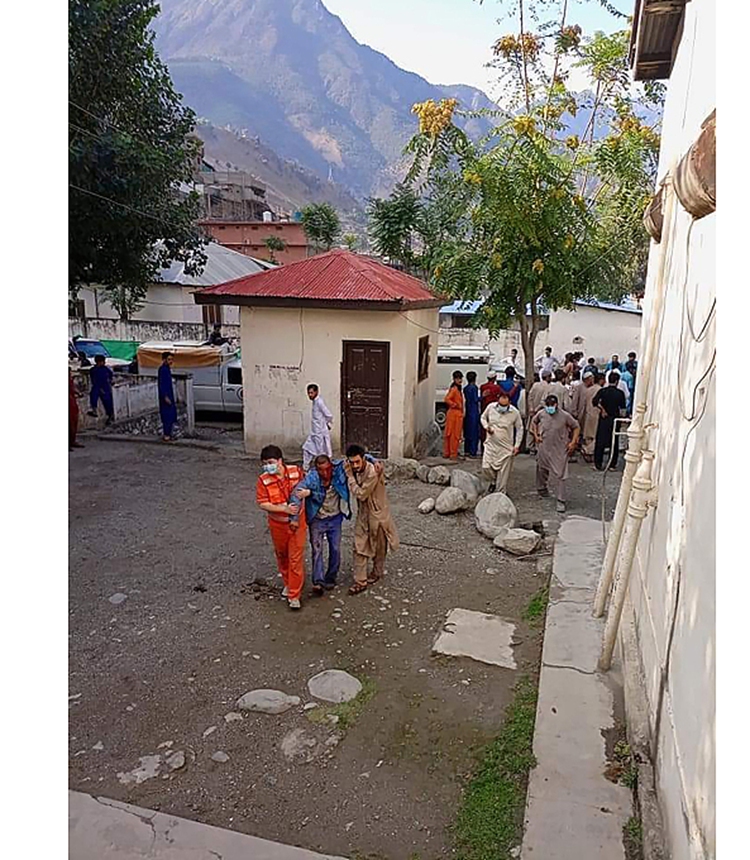 The embassy also issued a warning on Wednesday, asking Chinese nationals and enterprises in the country to stay highly alert and avoid going out unless necessary.

The regional commissioner of Upper Kohistan said the local government quickly mobilized rescue helicopters after the attack and rushed the injured to a hospital. The regional government will further investigate who was responsible for the bombing and clear out local terrorist forces, Global Times has learned.

Mainstream media and social media in Pakistan paid close attention to the attack. They expressed condolences for the victims and strongly condemned the terrorist attack, which was believed to be an attempt to drive a wedge between China and Pakistan and undermine the progress of infrastructure construction in Pakistan.

Zhao Lijian, spokesperson of China’s Ministry of Foreign Affairs, said at a Wednesday briefing that China is shocked and condemns the bombing attack in Khyber Pakhtunkhwa province, Pakistan. He added that China sends condolences to the Chinese, as well as Pakistani people who have been affected by the incident.

The Pakistani security forces have taken measures to control the situation and properly evacuated and treated the wounded, Zhao said, noting that China has asked Pakistan to thoroughly investigate the incident, arrest the perpetrators to earnestly protect the safety of Chinese personnel and projects.

In addition, the project has provided about 8,000 local jobs and helps build local water supply, technical colleges and other public facilities in the area.

The Kohistan area borders Kashmir and is located on the upper Indian River with rich hydro power resource. Due to the high mountains and dangerous roads, local terrorist organizations have frequently launched activities, and it is difficult to eliminate them altogether.

According to the Gezhouba Group, the Pakistani military provided security support during the construction of the project.

In May 2017, two Chinese nationals were killed in southwestern Balochistan province, Pakistan, days after they were kidnapped by armed men pretending to be policemen from the city of Quetta.

Chinese Foreign Ministry spokesperson Hua Chunying, speaking on the matter in June 2017, stressed that China opposes terrorism in any form, and that China will continue to support Pakistan's efforts to fight terrorism and safeguard national stability
https://www.globaltimes.cn/page/202107/1228623.shtml