HOW CAN INDONESIA AND SOUTH KOREA USE PD TO PARTNER FOR SECURITY UNDER THE NEW SOUTHERN POLICY? 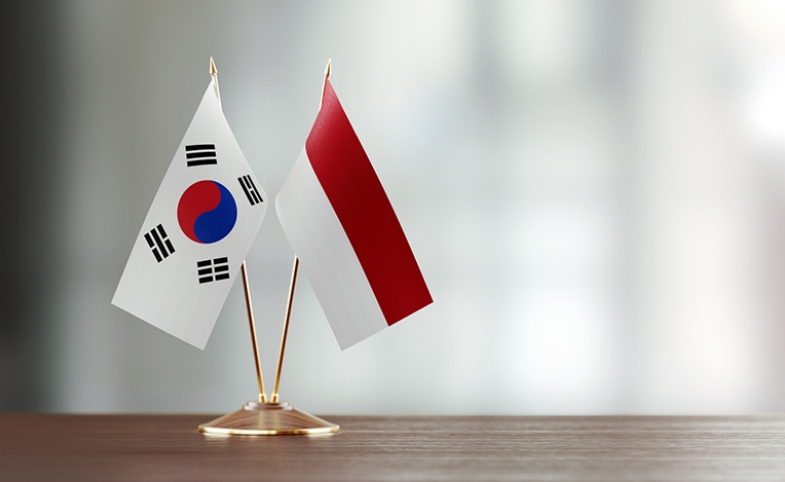 The Republic of Indonesia and the Republic of Korea are two very important countries in Asia. Both countries have shared many common visions, goals and interests with relatively stable economic growth and political stability. There have been many cooperation areas between Indonesia and South Korea, ranging from economic cooperation, trade, investment and security. In this very connected and globalized world, diplomacy has become more and more important for the relationship between states. The successes and failures of diplomacy are determined not only by diplomats and government officials but also by people-to-people interaction in many areas, including prosperity and security. This is why South Korea's New Southern Policy (NSP) plays an important role in enhancing people-centered security cooperation between the two countries.

South Korean President Moon Jae-in during the Indonesia-Korea Summit in 2018 said, “While actively supporting Korea’s New Southern Policy, [Indonesian] President Jokowi promised to cooperate with us so that ASEAN and Korea can become part of a people-centered peace community where everyone thrives. There is an Indonesian proverb: 'Walk until you reach Beijing, sail until you reach a castle.' This means you have to finish what you have started.”

Since South Korea introduced the NSP in 2017, it has refocused its foreign policy toward Southeast Asia and India. Indeed, as the world shifts geopolitically toward Asia, many countries­­—including major powers such as the United States through its Indo-Pacific Strategy, the United Kingdom through "Global Britain" and many others­—have refocused their foreign policy toward Asia and Southeast Asia in particular. Moreover, these shifts have become more relevant following China's increased hegemony through its Belt and Road Initiative in the region.

The NSP has strategic importance for ASEAN and Indonesia because South Korea's strategic positions as a middle power give more alternatives for the region to avoid trapping itself in a major power rivalry between the U.S. and China. Therefore, there is much room for strategic cooperation that can be explored under this umbrella. The NSP first introduced in Jakarta has three main pillars of cooperation: People, Prosperity and Peace. The policy put a strong emphasis on the importance of people-to-people interaction as the center of its bilateral relationship. It reiterates that diplomacy between two states shall be conducted by all elements, ranging from business, academics and other parts of civil society. With this strong public diplomacy going beyond the traditional government-to-government relations, it is hoped to further strengthen the bilateral relationship between the two countries.

People-to-people collaboration between Indonesia and South Korea mainly aims to create mutual understanding through a social-cultural exchange. Today, Korean media such as Korean pop music has become a favorite type of entertainment for Indonesian youth.

The third pillar that is not discussed as much in the New Southern Policy document is the Peace pillar. It seems the nature of the NSP is to increase technical cooperation instead of political allies; to advance economic and people-to-people cooperation such as cultural exchange; to support infrastructure and technological development; and to focus less on security and military cooperation, which is why the third pillar is called the Peace pillar instead of the Security pillar.

The NSP peace pillar tends to focus on people-centered, non-traditional security cooperation, therefore public diplomacy plays a very important role in addressing these common challenges between the two countries on issues such as climate change and environment awareness, marine and water resources, transnational crime and disaster management. For instance, for the issue of cooperation to address climate change, South Korea has created an ASEAN and ROK Dialogue on Environment and Climate Change, a workshop that gathered climate change experts from ASEAN and South Korea to discuss pressing issues and the means to addressed climate change.

Earlier this year, there have been several programs relating to strategic security and maritime issues, a major and important one being the submarine project. This year, South Korea handed over Alugoro, a 1,400-ton and 61-meter Chang Bogo-class submarine, to the Indonesian Navy. It was the third unit that South Korea’s Daewoo Shipbuilding & Marine Engineering Co. delivered to Indonesia under a 1.3 trillion South Korean won (USD $1.15 billion) contract in 2011 to export three submarines. This submarine project is becoming more important than ever before after the Nanggala Submarine accident that happened earlier this year. This submarine project between Indonesia and South Korea is timely and important not only to improve Indonesia’s military capacity, but also to send a message to the public that South Korea is helping Indonesia in difficult situations.

Indonesia and South Korea currently have common challenges in regards to peace and security issues. They need cooperation beyond traditional bilateral diplomatic means. All elements including civil society should play a role in addressing these common security challenges. The New Southern Policy, which emphasizes people-centered security, plays an important role in enhancing stronger public diplomacy-based relations between the two countries seeking to address common security challenges