What If "Innovator" Was A Job Title? 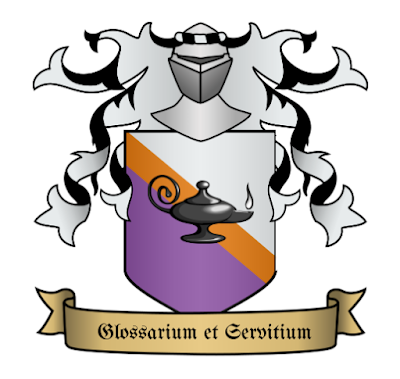 I have been thinking a lot about innovation recently.  It occurred to me that the US Army has
a number of official specialties.  We have Strategists and Simulators and Marketers, for example.  Why not, I thought, make Innovator an Army specialization?

I tried to imagine what that might look like.  I know my understanding of Army manpower regulations and systems is weak, but bear with me here.  This is an idea not a plan.  Besides, what I really want to focus on is not the details, but how the experience might feel to an individual soldier.  So, this is one of their stories...

I made it! The paperwork just became final. Beginning next month, I am--officially--a 99A, US Army Innovator.

The road to this point wasn’t easy. I graduated college with a degree in costume design and a ton of student debt. After my plans to work on Broadway fell through (Who am I kidding? They never even got off the ground), I had to do something. The Army looked like my best option.

For the last two years, I have been a 68C, a "practical nursing specialist", working out of a field hospital at Ft. Polk. My plan had always been to make sergeant and then put in my OCS packet. Things changed for me after a Joint Readiness Training Center rotation.

Patients kept coming to us with poorly applied field dressings. They were either too tight and restricted blood flow or too loose and fell off. As I thought about it, it occurred to me that there might be a combination of fabrics, that, if sewn together correctly, would be easy to apply, form a tight seal to the skin, and still be easy to change or remove.

As soon as I got back to the barracks, I hit the local fabric store, pulled out my sewing machine, and made a prototype. It took a few tries (and lots of advice and recommendations from the doctors and nurses in the unit) but eventually I got it to work. I never thought I would be able to use both my nursing skills and my costume design skills in one job but here I was, doing it!

I wasn’t sure what I was going to do with my new kind of field dressing until one of the RNs made me demonstrate it for the hospital commander. He watched without saying a word. He finally asked a few questions to make sure he knew how it worked, and then things got quiet.

Finally, my RN spoke up, “I think we could really use something like this, Sir.” He stood up straight and said, “I agree.” Then he looked at me. “I’m going to hate to lose you, Specialist,” he said, “but I think you need to put in for an MOS reclassification.”

Until the hospital commander told me about it, I had never even heard of 99A. There were some direct appointments, of course, but those were coming out places like MIT and Silicon Valley. For normal soldiers like me, getting into the Innovation Corps was more like going into Civil Affairs or Special Forces. You had to have some time in service but, more importantly, you had to have a good idea.

At first, it was easy. I simply submitted my idea to a local Innovation Corps recruiter.  I included some pictures and a short video that I shot on my cell phone of my prototype in action.  The recruiter told me that the Army used the same “deal flow” system used by venture capitalists. I’m not sure what that all entails but, in the end, it meant that my idea was one of the 50% that moved on to the next level.

My next step was a lot more difficult. You can think of it as the Q course for Army innovators. I went TDY for a month to the Army’s Innovation Accelerator in Austin, Texas. Like all business accelerators, the goal was to give me time, space, mentorship and (a little) money to flesh out my idea. I worked with marketing experts and graphic designers to come up with a good name and logo. I worked with experts in the manufacturing of medical equipment to help refine the prototype. I even had a video team come in and make a great 2 minute video showcasing the product. It was exciting to see all of the other ideas and to have a chance to talk about them with the enlisted soldiers, officers, and even some college students and PHDs--all trying to bring their ideas to life.

The Army crowdsourced the decision about which projects got to move on from the accelerator. That meant that each of us put together a “pitch page,” kind of like what you would see on Kickstarter or IndieGoGo. Units all across the Army had a fixed number of tokens they could spend on innovative projects each quarter. Each of us needed to get a set number of tokens or we would not be allowed to move on. In the end, out of the hundreds of applications and the dozens of people at the accelerator, I was one of the 10 chosen to move forward, one of 10 who gets to call themselves a US Army Innovator.

That’s where I am today. My next step is a PCS move to a business incubator. I could stay here in Austin with the Army’s business incubator, but the Army has deals with incubators all over the country. I am hoping to get a slot in one of the better medtech incubators in Boston or Buffalo. It will be a two year tour (with the possibility of extension), which should give me plenty of time to bring my idea to market, with the Army as my first customer.

For me, the best part is that I am now getting Innovation Pay. It is a lot like foreign language proficiency pay or dive pay. I’m not getting rich but it sure is better than what I got as a specialist. More importantly, there are ten tiers, and each time you move up, you get a pretty substantial raise. This means that once you become an Innovator, you are going to want to stay an Innovator.

The other great part about this system is that you can move up as fast as you can move up. There are no time-in-service requirements. If I am successful in the business incubator, for example, I could be a CEO (Innovator Tier 6) in just a couple of years. Running my own company at 28? Yes, thank you!

And if I fail? I know there are still bugs to work out with my idea. I have to get the cost of production down, and there are lots of competitors in the medical market. Failure could happen. While I won’t be happy if it does, the truth is that, by some estimates, 90% of all start-ups fail. The Army has thought about this, of course, and gives Innovators three options if their projects fail.

First, I could go back to nursing. I would need some refresher training but my promotion possibilities wouldn’t take a hit. The Army put my nursing career on pause while I was in the Innovation Corps.

The second option is that I come up with a new idea or re-work my old one. The Innovation Corps has developed a culture of “intelligent failure,” which is just a fancy way of saying “learn from your mistakes.” In an environment where 90% of your efforts are going to fail, it is stupid to also throw away all of the learning that happened along the way. Besides, the Army also knows that persistence is a key attribute of successful entrepreneurs. The Army wants to keep Innovators who can get up, brush themselves off, and get back in the saddle.

Finally, I might be able to go back to the accelerator as an instructor or take a staff position in Futures Command or one of the other Army organizations deeply involved in innovation.

I’ve had a chance to talk to a lot of soldiers, enlisted, NCOs, and officers, on my journey. The Innovation Corps is pretty new and, while many have heard about it, almost none of them really understand what it takes to become an Innovator. That doesn’t seem to matter though. Almost all of them, and particularly the old-timers, always say the same thing: “The Army has been talking about innovation my whole career. I am glad they finally decided to do something about it.”