Who’s afraid of a caste census?

The most powerful and the most pampered minority in Indian society is composed largely of the upper castes. A caste census will make it visible. 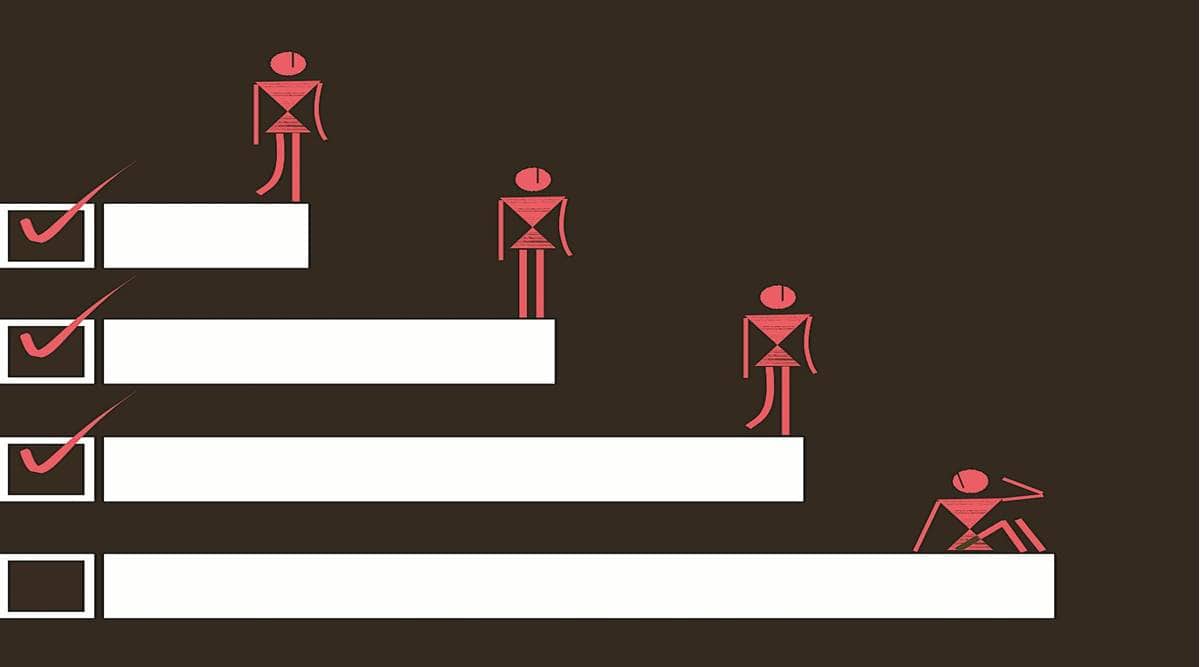 The main reason for not counting caste has been political, and produced broadly similar responses from both the UPA and the NDA. (Illustration by C R Sasikumar)

The now-familiar fuss around the question of counting caste in the national Census highlights something that the world is beginning to notice. The global pandemic of authoritarianism — more virulent though less widespread than the other pandemic we have struggled with — has overturned the popular maxim of the information age. Today, power is information, not the other way around; and the absence of information, too, is an effect of power. Gigantic data-gathering exercises like the Indian Census have always been controlled by those who count rather than those who are counted or those who do the counting.

Controlling one’s own social visibility is one of the important perks of power. Those who are powerless can be made invisible and socially erased, or they can be marked or branded in different ways and made humiliatingly or sentimentally hyper-visible. Politics being a game, unexpected results are occasionally possible even when the playing field is far from level. But on the whole, the powerful get to choose whether and how they are visible to society. Counting caste in the Census threatens to make visible the only social group in independent India that has never been counted — the so-called “upper” castes.

Today, it is clearer than ever before that by far the most powerful and hence the most pampered minority in Indian society is composed largely of the upper castes. This fact remains unchanged across our many religions, numerous regions, and along the political spectrum from right to left. The minor localised exceptions merely prove the rule that, in India, the upper castes rule. While it is true that much has changed in the past three decades, these changes have been confined mostly to the middle. Moreover, differentiation within caste groups — segments of the upper castes are not privileged, and many members of the lower castes are now relatively privileged — is still far from transforming the overall composition of the social elite and the precarious underclass. Thus, as we enter the third decade of the 21st century, the top of Indian society remains overwhelmingly upper caste while its bottom has stayed almost entirely lower caste.

This is hardly a momentous discovery. Most Indians, especially those at the bottom and the top, have known this intuitively all along. But the dominant political language developed under the umbrella of Nehruvian naivete and the “Congress system” in the decades after Independence turned this into a public secret — something widely known but never acknowledged. The sentimental excesses of poverty as a political metaphor served to mask the corrosive caste dimension of our inequalities. A caste census threatens to push this dimension into the open, making it impossible for the political class to continue to hide behind euphemism and circumvention.\

The silence around caste in national-level politics was finally breached during the Mandal moment. The 1990s were a decisive watershed for our collective understanding of caste, and one of its direct outcomes was the gathering of momentum around the demand for a caste census. The 2001 Census saw the first battles, but the opposing forces won relatively easily. The 2011 Census witnessed a more even fight, ultimately forcing the UPA government into a backdoor escape via the Socio-Economic and Caste Census, a project designed to fail. In an early demonstration of the maxim that power is information, even the sketchy data collected in that exercise was kept secret.

The discordant responses of the ruling party (or at least some sections) and the government indicate that the stakes may be even higher in 2021. No great insight is needed to see that the combined effects of the market and the pandemic have widened disparities in the recent past. In fact, this is what is so different about this century compared to the previous one. Until the 1970s, it was broadly true to say that the overall ethos of Indian economic and social policy was that of sharing poverty. In the neoliberal era, India has done better than most developed countries in producing dollar billionaires, while its performance in poverty alleviation has been fair but far from spectacular. In a newly mediatised social sphere, inequalities generate more discontent than they did in a kinder, gentler past. Moreover, there is the possibility that this discontent may fracture the largest vote bank the world has ever seen.

In sum, the main reason for not counting caste has been political, and strong enough to produce (so far) broadly similar responses from both the UPA and the NDA. Interestingly, the perennial Nehruvian argument offered for not counting caste was also moral-political, namely that doing so would strengthen caste identities, contradicting the official goal of erasing them. There is more than a little truth to this argument, but its dishonesty is in its implied corollary, or the claim that not counting it would weaken caste. Of course, this did not happen — how could it, given the way our society works?

The technical-practical reasons for opposing caste enumeration — namely, that it is impossible to count something as complex and varied as caste —  were always more or less fake. In the 2001 and 2011 censuses, the people of India said that they professed around 1,700 religions and spoke around 19,500 languages, not to speak of the thousands of occupations they practised. If our census could, with diligent effort, make sense of this enormously complicated data, then caste cannot be too hard to handle, especially with the immense advantages of digital data gathering.

The data-for-development arguments for a caste census are important, but they have never won because the opposition to it has been fundamentally political. The irony here is that if and when it happens, a caste census would not really be something to be proud of — it would merely be another device for making our society more legible. But every thinking Indian ought to be embarrassed by the fact that our rulers have lacked the political courage and the moral conviction to make it happen.

🔴 *Another eyewash in the offing?

While there are indications that the BJP government may initiate a socio-economic caste census (SECC) after census 2021, *experts feel that it will be another futile exercise on the lines of SECC undertaken by the Manmohan Singh-led UPA government in 2011. The mammoth exercise involving Rs 4,893.60 crore* was conducted by the Ministry of Rural Development and the Ministry of Housing & Urban Poverty Alleviation.

Though the details of socio-economic data were published by the two ministries in 2016, the caste data never saw the light of the day. *The BJP-led NDA government even set up a panel under Niti Aayog vice-chairman Arvind Panagariya in 2015 to analyze the caste data*, _but nothing came out of it._

✔Now, the 2011 exercise seems to be of no relevance as the *BJP government calling the data ‘incorrect and outdated’* in the Parliament early this week.

📌 *Experts also point out that it indicates the government’s reluctance to use the 2011 caste data for future purposes.*

“The BJP government may undertake another caste survey similar to the UPA exercise to pacify its allies. The UPA government was also complicit in subverting the data in 2011. *No governments will want to reveal inconvenient truths where the upper class will be reduced to a social minority,”* he says.