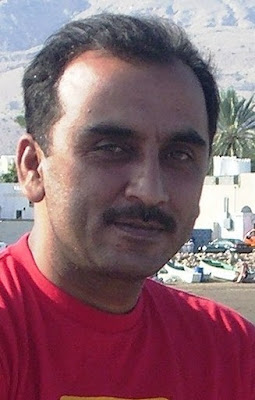 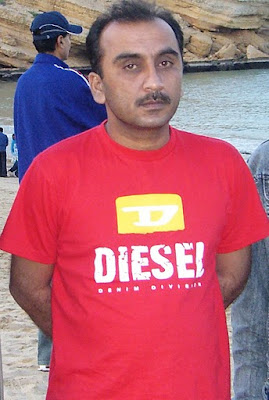 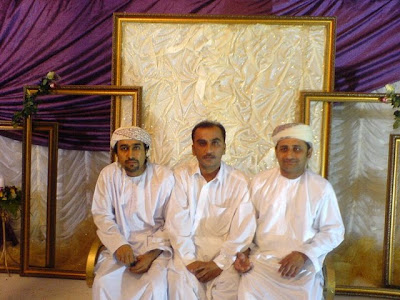 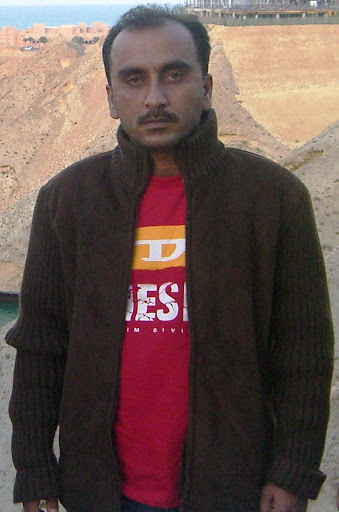 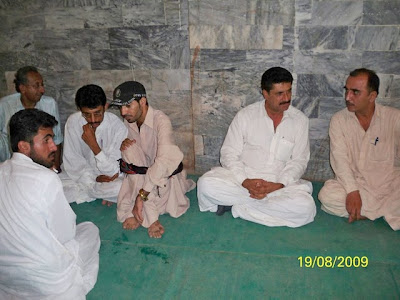 I am experiencing the very difficult time of my life, my brother Mehboob Baloch was abducted yesterday on 2 April 2010 by Pakistani Intelligence agencies when he was on his ways to gwader, his bus was stopped by the armed forces and two people in civilian cloths pulled him from his seat and put him in their vehicle and without a trace left the scene, his whereabouts are not known, our family asks for your prayers at this time, plz. pray for my brother Mehboob Baloch so he may join us back. Our family is very concern about him. Plz. dont forget to pray for him.

According to details Mahboob Baloch alongside several other passengers were about to leave for Gwader from Karachi when several plane-clothed officials of intelligence agencies stopped the passenger van at Yousaf Goath in Karachi. The eye witnesses have reported that plane-clothed men abducted Mr Wadhela at gun point; almost dragged him to their vehicle and drove off towards an unknown location. The witnesses noted that the perpetrators were driving an official car.
Petition:
Meanwhile a central spokesman of BNF (Baloch National Front) has strongly condemned the forced-disappearance of Mahboob Baloch and Mir Bohair Bangulzai Baloch. The spokesman alleged that Pakistan government and intelligence agencies were arresting Baloch activists ahead of the remembrance meeting of Shuhada-e-Murghab (Martyrs of Murghab) on 3rd April in Gwader. The statement further read that several BNF leaders and workers were pouring into Gwader from different area of Balochistan and Karachi to participate in the memorial gathering of Baloch Martyrs on Saturday that is why the agencies were trying to sabotage the BNF public gathering.

The representative of BNF made it clear that agencies will not be successful to stop the flow of Baloch freedom struggle by such pressure tactics. Such brutal and illegal arrests of party workers and other innocent Baloch will further provoke the Baloch youth and will boost their conviction for Baloch cause.
http://www.gopetition.com/online/35280.html

March 06, 2010
Kabul/New Delhi/Washington, March 5 (IANS) India Friday said that the Feb 26 terror attack in Kabul will not deter it from helping rebuild Afghanistan as National Security Adviser Shivshankar Menon met Afghan President Hamid Karzai in Kabul to review the security of around 4,000 Indians working in that country. Menon, who arrived here Friday morning on a two-day visit, discussed with Karzai some proposals to bolster security of Indians engaged in a wide array of reconstruction activities, ranging from building roads, bridges and power stations to social sector projects. The Indian government is contemplating a slew of steps to secure Indians in Afghanistan, including setting up protected venues where the Indians working on various reconstruction projects will be based. Deploying dedicated security personnel at places where Indians work is also being considered. Menon also met his Afghan counterpart Rangin Dadfar Spanta and enquired about the progress in the probe into the Kabul atta
374 comments
Read more

March 24, 2013
By Jennifer Griffin, Justin Fishel Published March 22, 2013   A Pakistani fertilizer maker whose chemicals have been used in 80 percent of the roadside bombs that have killed and maimed American troops in Afghanistan is now seeking U.S. taxpayer subsidies in order to open a factory in Indiana.  The request appears to be on hold pending further review, but the situation has stirred outrage in Congress, where some accuse the Pakistani government of halting efforts to clamp down on the bomb-making.  For the past seven years, the U.S. government has known that the raw material calcium ammonium nitrate, or CAN, is making its way across the border into Afghanistan where the Taliban use it to fuel their most deadly weapons, namely the improvised explosive device. IEDs have long been the number one killer of U.S. and coalition troops.  The material largely comes from Pakistani fertilizer maker the Fatima Group. But the Pakistani government has stymied attempts by the Pentagon to stop the
390 comments
Read more

February 10, 2011
http://www.executive-magazine.com/getarticle.php?article=10703 Last month the Ambassador of Egypt in Sudan, Abdel Moneim Shazali, made two appearances in Sudan; one was at the Rashid Center For Arts, where he made a overall comment on the issue of the Nile water, and the second was a lecture arranged by the International Center for African Studies (established by Libya in Khartoum), where he was able to meet with Sudanese thinkers and journalists. Two major points were raised in these lectures. The first was the usual statement that the relationship between the two countries was eternal. This was not accepted by some who said that the eternality is between the two people but not with the Egyptian government. The other was the question of the Halaib Triangle, which is silently occupied by Egypt while Sudan does not compromise its right on that piece of land, but also does not see that the time is suitable to open such a file at the moment. 50 years on and still not resolved The que
54 comments
Read more